Spread the love
more
Coaching is more often than not used for senior leaders and emerging leaders within an organization. It is also used regularly for leaders in the transition to a new organization or role.  The purpose of the coaching assignment is to accelerate the development cycle by maximizing the leader’s existing capabilities and helping to close non-critical performance gaps. The leader is assumed to be “creative, resourceful and whole”. 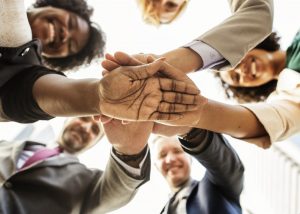 Less often, coaching is given as part of an overall Performance Management Plan (PIP) to “fix” a leader’s behavior.  In this case, the leader is told that continued employment with the organization is contingent on the leader changing certain behavior quickly.  Finally, a leader may already be exiting an organization due to poor behavior or poor performance and coaching may be provided as part of a severance package to support the leader’s future success. From a coach’s perspective, the highly functioning leader and emerging leader is the best use of resources.  This is because such leaders are building on existing strengths and others within the organization are more likely to fully support the leader’s success. There are situations, however, in which a leader on a PIP can benefit from coaching.  They are when:  (1) the leader is highly (and truly) motivated for change; (2) the behavior change and metrics are clearly defined and agreed upon with the leader, manager and HR business partner; (3) other resources such as training, if needed, are allocated; and (4) key stakeholders within the organization are truly committed to the leader’s success and will support such success – that is, acknowledge and support positive changes andprovide allowance for the occasional expression of  “the old behavior”, since consistent change takes time. A typical coaching lasts 6-12 months with coaching sessions occurring biweekly.  Shorter (e.g., 3 month) sessions may be used for very targeted objectives (e.g., such as to support learning during and/or following a training program). Below are the steps that I use in a typical coaching engagement: The following arekey considerationsfor providing coaching for leaders on a PIP: ·     Will the key stakeholders support the leader or are they too locked into seeing the leader gone? ·     Can needed behavior changes be clearly defined and developed? ·     Is the poor performance due to lack of awareness, skill or knowledge (best case scenario) or is it due to a values-conflict, attitude or ethical concern? ·     If other resources are necessary to insure success (such as training), is the organization prepared to provide this? ·     Has the organization looked at systemic issues that may be contributing to the problem (very often there are organizational issues that are as much a part of the problem as any individual – lack of attention to this is likely to lead to the same types of issues with the “next in line” leader)? ·     Is the coach highly skilled and experienced in this area and industry? ·     Recognize that perceptions and attitudes towards leadership coaching can be negatively impacted within an organization that regularly uses it for poor performers who’s employment is terminated during or shortly following a coaching engagement The following are recommendationsfor providing coaching for leaders on a PIP: ·     Prior to hiring a coach assess the level of organizational and stakeholder support for the leader’s success ·     Consider a meeting with the leader, manager, HR business partner and coach as part of the engagement ·     Consider a qualitative 360, with coach-conducted interviews of key stakeholders – the interviews become as much an intervention in and of themselves as they are an exercise to discover perceptions ·     Clearly identify and separate performance measures from development measures. Performance measures are part of the employee’s HR file; whereas, development measures (e.g., a 360 report) are confidential and retained by the employee.  In a PIP situation there may be a desire or even expectation from HR or others to be privy to 360 data collected by the coach; however, doing so comprises coach-leader trust that is critical for success. ·     Consider a Two-Phase approach to the engagement in which Phase 1 is an Assessment phases and Phase 2 is the Coaching Phase.  The Assessment Phase would consist of a the meeting between the coach, leader, manager and HR business partner, 2 or 3 coaching sessions with the leader, and, if needed, brief calls or in-person conversations between the coach and relevant stakeholders (e.g., direct reports).  The coach would then make a recommendation to the HR business partner as to whether or not to continue to Phase 2, based on the coach’s assessment of likeliness for success. It is important to clearly define these phases and expectations, as it puts the coach in a dual-role (assessor and support), which should generally be avoided. – Dr. Jeff Kaplan Dr. Jeff Kaplan is a business psychologist and executive coach who coaches executives and high potentials to lead with heart. Jeff helps leaders to work more collaboratively with others, recognizing that people are an organization’s greatest asset.
more